This project is led by co-PI’s Matthew R. Eatherton and Thomas M. Murray.

Typical built-up sections for pre-engineered metal buildings have thin webs relative to rolled I-sections.  The web slenderness (h/tw) for deep built-up members can be considerably larger than the limits for highly ductile members or moderately ductile members as specified in the AISC Seismic Provisions.  However, previous tests suggest that with proper detailing, these members may be able to develop adequate cyclic performance (Ryan 1999).  A research project is underway to investigate connection approaches for deep built-up members with slender webs to improve their seismic performance.  Several configurations have been investigated using finite element analysis and full-scale experiments on full-scale 48” deep built-up sections.  The full-scale test setup is shown in the figure below.  The web provides little rotational restraint to the flanges such that the flanges buckle when subjected to relatively small story drift.  A method for using horizontal stiffeners in the web has been developed that increases the rotational restraint the web delivers to the flange and thus limits flange local buckling.  The method has been demonstrated to be effective through a full-scale experiment (see below) and computational simulations. 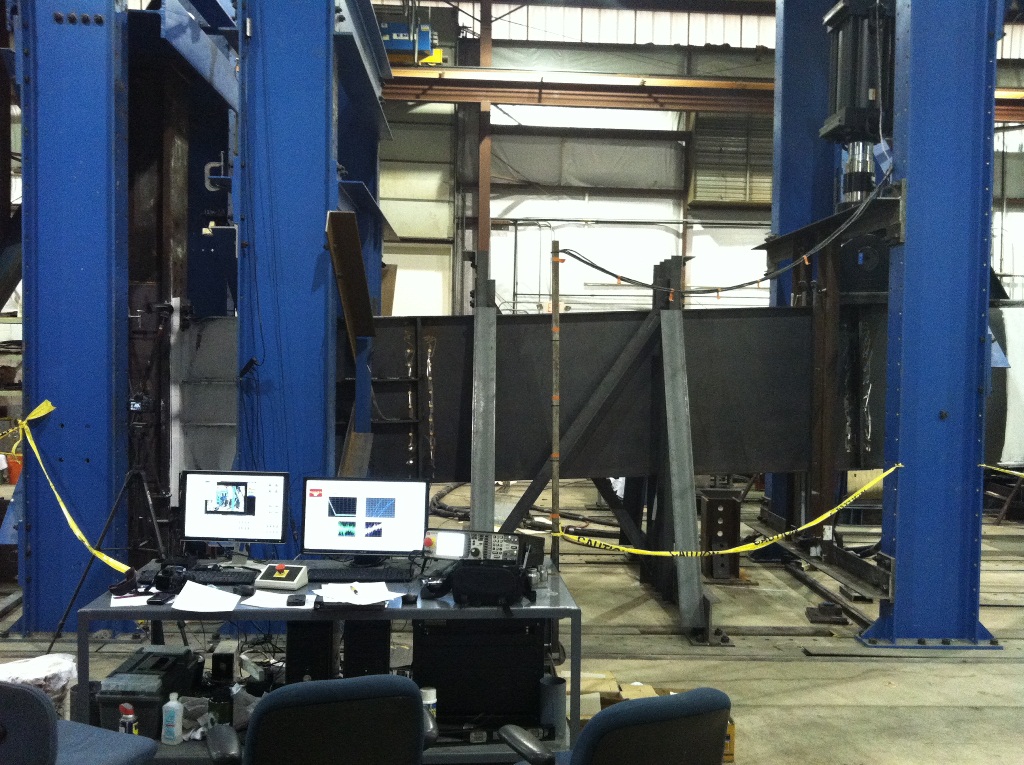 Test Setup for Experiments on Full-Scale 48″ Deep Beams with NonCompact and Slender Webs – The specimen with horizontal stiffeners is shown.