Development of a Spectral Matching Algorithm

Time domain spectral matching of an earthquake ground motion consists of iteratively adding sets of wavelets to an acceleration history until the resulting response spectrum sufficiently matches a target spectrum. The spectral matching procedure is at its core a nonlinear problem because the addition of a wavelet often causes shifting in the time of peak response or creation of a larger second peak at a different time. A modification to existing time domain spectral matching algorithms was developed using Broyden updating for solving the set of nonlinear equations. A set of wavelet bases were evaluated to determine the most most appropriate for the spectral matching algorithm based on their frequency resolution, time resolution, propensity to alter neighboring spectral ordinates, and their effect on ground motion energy and nonstationarity.  The Improved Tapered Cosine wavelet was selected based on these criteria.

The proposed algorithm has been tested and compared with other methods that are commonly used for spectral matching. The results show that the proposed algorithm is able to match the target spectrum while reasonably preserving the spectral nonstationarity, energy development and the frequency content of the original time histories. 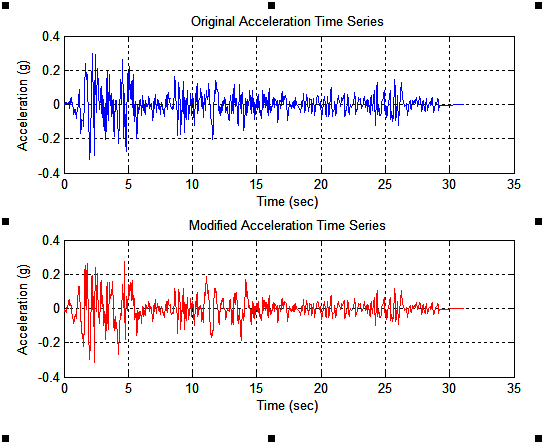 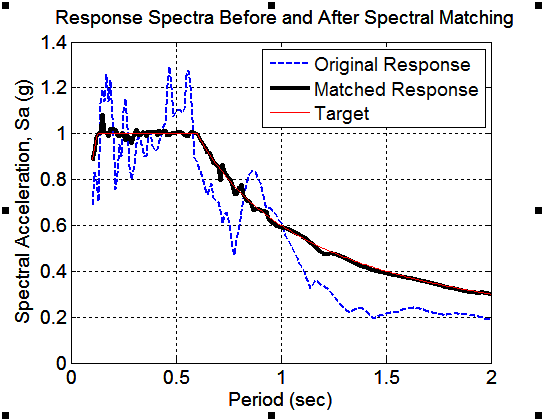