A self-contained self-centering beam (SCB) has been developed that provides self-centering seismic behavior with enhanced constructability (Darling 2012).  The SCB consists of a beam with concentric tubes connected to the bottom flange.  The tubes at the bottom flange are precompressed using post-tensioning strands and connected to the beam and columns in such a way as to produce restoring forces regardless of whether the SCB is racked to the right or left.

Preliminary design, computational analyses, and large-scale experiments show that this system offers several advantages as compared to some currently available self-centering seismic systems.  The SCB can be shop fabricated and allows erection with conventional field construction techniques.  There is no post-tensioning in the field or fit-up of bearing surfaces.  Preliminary SCB designs required approximately the same amount of steel as the comparison SMRF suggesting a relatively competitive cost compared with conventional moment frames, although some cost premium is possible associated with fabrication (Darling and Eatherton 2012).  Furthermore, the SCB behavior characteristics, such as strength, stiffness, and ductility can be independently tuned.  Unlike conventional moment frames, this system will not require the lateral strength to be overdesigned relative to demands.  Also, frame layout in a floor plan is not constrained by special detailing as required for currently available SC moment frames which experience floor expansion.

Research is being conducted to develop this system for use in practice.  Component tests were conducted on post-tensioning assemblies and energy dissipating elements.  Large-scale testing is be conducted, accompanied by significant computational modeling. 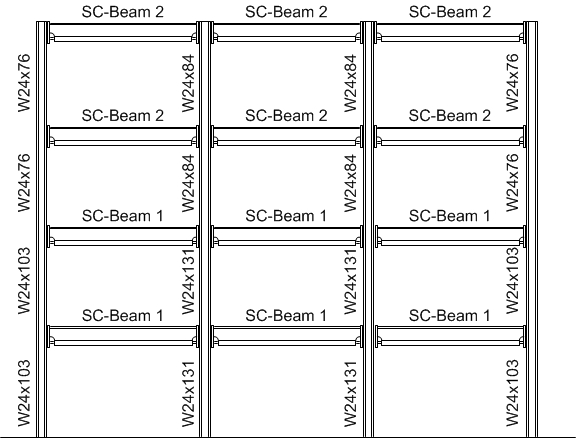 Schematic Drawing of the Frame Analyzed in Darling and Eatherton 2012 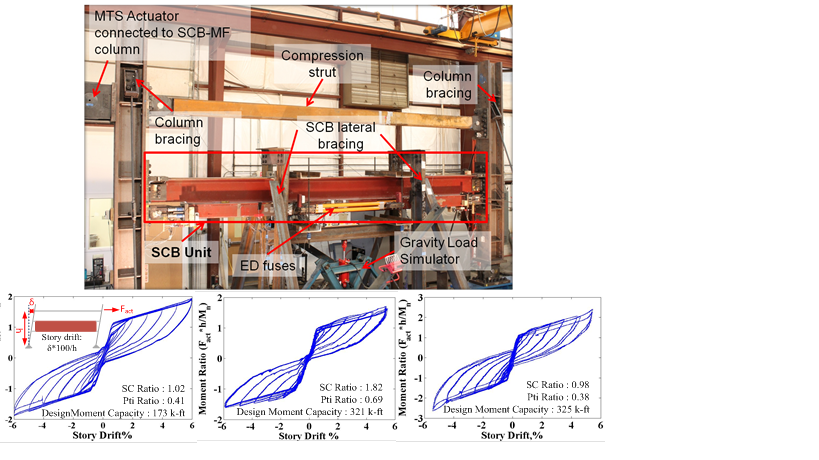