Adrian Tola Tola, a PhD student in our group conducted reconnaissance after the 2016 Ecuador Earthquake.  Thanks to Adrian, for providing this important service and collecting valuable information!

A 7.8 magnitude earthquake hit the coast of Ecuador on Saturday April 16th 2016 causing 668 fatalities and approximately 28000 people displaced.  The earthquake was originated due to subduction of the Nazca plate into the South American plate, and its focal depth was 20.6 km.  Adrian Tola is PhD student from Ecuador, and he was part of the Earthquake Engineering Research Institute (EERI) reconnaissance team that travelled to Ecuador three weeks after the earthquake.  Typical construction on the affected areas is characterized by houses and multi-story buildings made with concrete frames (beams and columns) and unreinforced masonry units (made of clay with and without an industrialized process) for interior and exterior walls.  It was observed a scarce number of steel moment frames and concrete shear wall buildings (although the use of these structural systems is increasing in other cities of Ecuador like Quito o Guayaquil).

The EERI team visited the cities of Manta, Portoviejo, Bahia, Canoa, and Calceta.  In the case of Manta and Portoviejo there were parts of the city closed to public (and denoted ground “zero”) due to its heavy damage.  Also, extensive use of pieces of “bamboo” (a type of wood) for temporary shoring of affected buildings still standing was observed.  Furthermore, the team evidenced several buildings with permanent deformation and structurally unstable, multiple cases of failures due to soft-story mechanism in the first and intermediate stories, severe damage in nonstructural components in hospitals, cases of liquefaction and lateral spreading.  Even though the EERI team was able to observe the described damage, significant cleanup of debrief was already done.

The experience of observing the effects of a seismic event like the one in Ecuador highlights the responsibility of structural engineers for doing appropriate seismic designs.  Also, it shows the necessity for the local authorities to focus on investigating the seismic behavior of the local structural systems and materials used in houses, and not just in multi-story buildings.  Furthermore, the earthquake brings up the ethics of structural engineers and contractors when they are aware of buildings with seismic deficiencies but no action is taken (i.e. use of unreinforced masonry).  Finally, it was concluded after talking with several locals that there has been scarce training or educational campaigns on how to behave during / after an earthquake, so widespread of general advice on this regard is needed.  Demolition of unstable multistory buildings is ongoing these days. 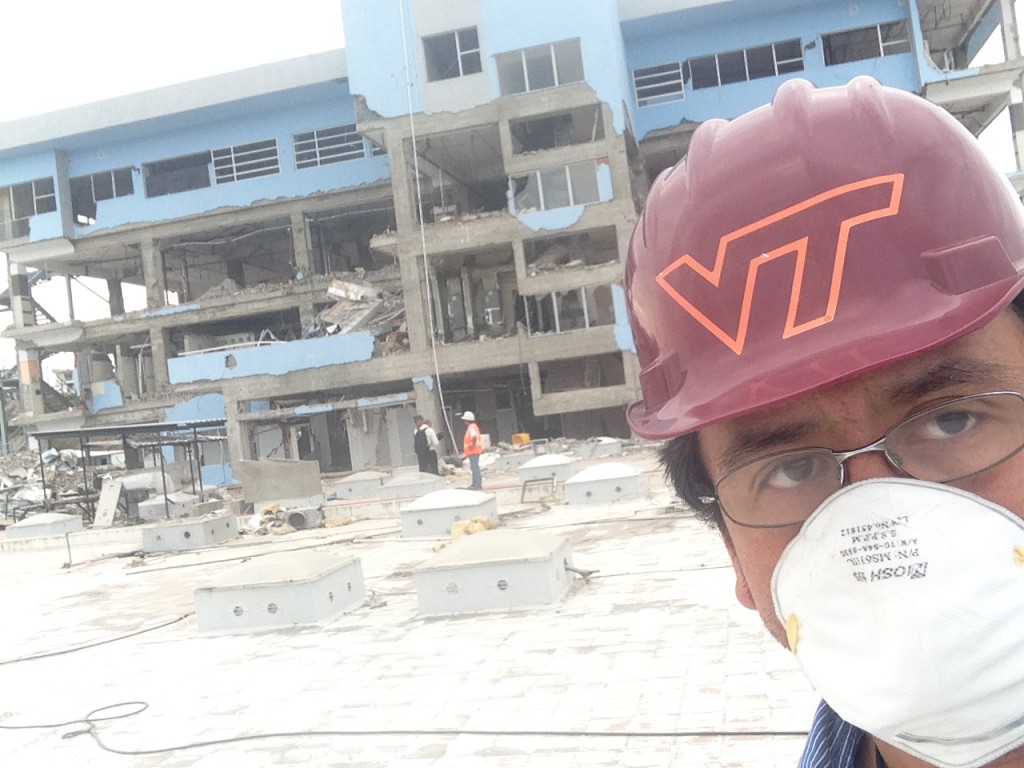